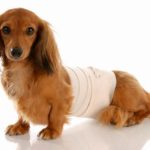 I know that a class IV therapy laser is not “natural” per se, however its physiological effect on tissues at the cellular level, a process known as photobiomodulation, stimulates the body’s intrinsic natural healing and pain control mechanisms.  Ongoing research has revealed proven expanded uses for therapy laser, the most recent of which is management of post surgical pain.

The pain management effect of therapy laser has been observed and well documented for many years.  The main mechanism by which therapy laser controls pain is via endorphin release at the site of application.  Endorphins are hormones that are released  most commonly as the result of stress (flight or flight response) or during periods of sustained exercise.  They dull the sensation of pain, while also serving to facilitate mental calmness, even euphoria that can be so powerful as to rival the effects of morphine.

Endorphins, for example, are responsible for the “runner’s high” that people who run for exercise experience that often leads to their quasi addiction to the sport.  Others people seek endorphin rushes via thrill seeking behaviors and are commonly referred to as “adrenaline junkies.”

A recent lecture I attended at the Western Veterinary Conference discussed an innovative way to promote post surgical pain management via the use of therapy laser utilizing the endorphin effect that the class IV laser produces on focal areas of treatment.  By applying a 3 minute laser treatment to a surgical site 2 hours prior to surgery, we create a focal nerve blockade that is driven by the local endorphin release stimulated by the laser.  While the stimulus for the nerve block is triggered by a high tech device, the ensuing physiological response is very natural and without adverse side effects.

By inducing this nerve blockade, we are taking advantage of an anesthesia principal called the Pain Gate Theory.  This theory refers to the reduction of post operative pain by blocking pain channels before the initiation of the pain stimulus.  This is why we pre-medicate surgical patients with opioid pain management and perform preoperative epidurals for lower extremity surgeries even though the patient will be under gas anesthesia for a given procedure.

By using a therapy laser application prior to surgery, we have less pain induced post-operative stress, the patient has a much faster return to mobility, and we reduce our dependence on opioid medications that can carry negative side effects.  The net result is a faster recovery, faster return to function, and overall better outcomes.

The only contraindication for pre-operative therapy laser would be tumor removals.  The photobiomodulation effect could potentially trigger metabolic activation of a local cancer and facilitate spread.  For all other manners of surgery, pre-surgical therapy laser treatment is a win-win for the patient.